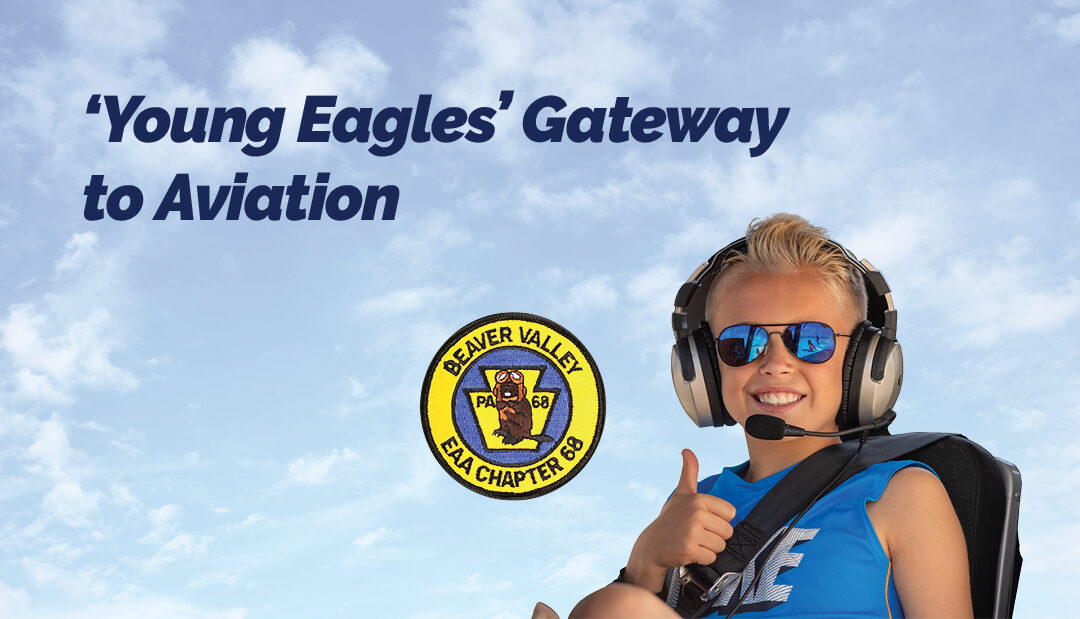 Every community has organizations that foster pride and commitment attributed to an exceptional group of staunch enthusiasts. One such organization is in the heart of Chippewa at the Beaver County Airport, the Experimental Aircraft Association, EAA Chapter 68. It is a remarkable group of aircraft builders and pilots dedicated to building, maintaining, and flying of their own aircraft with a personal commitment to learning and supporting each other’s individual effort.

Founded in 1958, EAA Chapter 68 brought together a group of local aviation enthusiasts. “The chapter is in its 63rd year and remarkably counts two original members, Kenny Gray and Dick Hall on their current roster” says Tony Pavilonis, EAA Chapter 68 President. Chapter members engage in a variety of social and educational activities with the goal to increase aviation awareness in the community. The membership includes joining a wide variety of professionals with differing careers, including airline pilots, machinists, mechanics, managers, accountants, professors, doctors, and even a priest making up the group.

“Of all the activities that EAA promotes, the Young Eagles Program is the one that draws parents and kids together so that inspiration can lead to lifelong careers. – Tony Pavilonis

History of the Young Eagles Flights began with EAA, a national organization based in Oshkosh, Wisconsin. In 1992, the Young Eagles Program was founded with a driving passion to give youth an opportunity to go flying in a general aviation airplane. The history of the Young Eagles Program first had its roots in the local community when pilots and kids came together for their first airplane ride. The flights have introduced countless kids to the joy of flying and have also introduced career pathways to the next generation of youth aviators and technicians. The National EAA’s Young Eagles program has flown over two million kids throughout the nine hundred chapters in the U.S. and Canada.

Passion for building and flying aircraft is evident as demonstrated by a local build project like the one that Dave Larson is doing, building his STOL CH 750. The project started in January 2021 when Dave visited a two-day workshop conducted by Zenith Aircraft Company in Mexico, Missouri. There, he pulled ‘rivets’ for the first time as he worked on a popular build kit the factory had laid out. Aircraft build kits are popular with aircraft builders as these complete kits include all metal parts, assembly manuals, DVD’s, and hardware such as rivets, bolts, and cables. Often these projects begin at home in garages or workshops before making their way to aircraft hangars. Dave shares his wisdom on two important points to any build project. First, he recommends “getting your wife involved” which could mean anything from sharing the passion to an extra pair of hands and secondly, “starting the build at home to keep your focus on the project.” Building an aircraft is expensive with kits averaging upwards of twenty-five to thirty thousand and increasing those costs by two or three times once an engine is acquired and installed. Local Chapter 68 has Technical Counselors available for technical knowledge if needed.

Young Eagles Flights, which had been interrupted by the challenges of the pandemic, will resume this year (2022), says Tony. “The restart will bring back younger people to experience the remarkable beauty of flying through a local Young Eagles Flight” at the Beaver County Airport. The program will be offered to kids at no cost. It is because of the generosity of local chapter members and volunteers, along with experienced local chapter pilots, that these flights are made possible, says Tony Pavilonis, President of Chapter 68. The event will be posted on the Chapter website with the date and details on how to sign up for a seat on a Young Eagles Flight. Space is limited. Parents will be required to register for their student ages 8-17 on the Chapter website.

Interested in becoming a member? Visit chapters.eaa.org/eaa68 for more information.