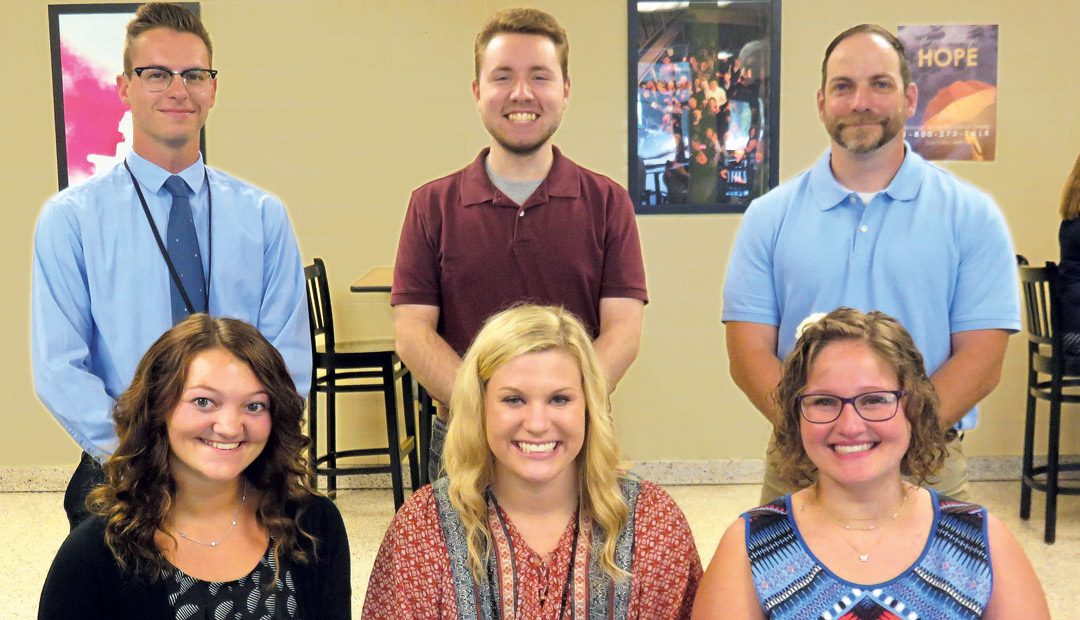 Eric Baker will be leading Blackhawk’s strings program as the new orchestra director. Eric is a graduate of Duquesne University with a Bachelor of Science in Music Education and Violin Performance. Eric is also certified in Suzuki Violin training. Prior to Blackhawk, he was the Program Assistant at the Three Rivers Young Peoples Orchestras/Chamber Connection in Pittsburgh and a violin instructor for the Pittsburgh Music Academy.  Mr. Baker says his favorite part of teaching is “watching students grow while they go through our programs. Watching them develop into well-rounded humans and head out into the real world gives a great perspective to why we do what we do.”

When Mr. Baker isn’t teaching he is usually performing for a wedding, orchestra or a musical. People will be surprised to know that he played background music for a Friskies commercial that aired in Australia. In his first year at the district, he would like to “grow the orchestra program and have more students involved in music. I also hope to have our students out in the community spreading music.”

Jenna Gailey will be working as the learning support teacher at Patterson Primary School. She is a Blackhawk graduate who continued to Slippery Rock where she earned her teaching degree in Elementary and Special Education. Before Blackhawk, she did her student teaching at Ambridge and completed a long-term sub position at Western Beaver. Jenna states that she “loves being able to help students and seeing them grow before my own eyes. I also love when students finally grasp a concept that they have been working on for a long time.”

In her spare time, Miss Gailey enjoys going on walks and runs, spending time with family and friends and going to the beach. People would be surprised to know that Miss Gailey has swam with sharks and dolphins. Her goal for her first year at Blackhawk is to “touch the lives of many different students and make learning fun/exciting while being meaningful and purposeful.”

Sara Sobota will be leading the district’s new Emotional Support program at the high school. Sara is a graduate of South Range High School in Canfield, OH and Slippery Rock University with a degree in Special Education and Early Childhood. She was previously a building substitute for Mohawk Elementary and spent the last year at Union High School as the Emotional Support teacher. Miss Sobota’s favorite part of teaching is “seeing a student not only defy peoples’ expectations of them but defy their own expectations as well. All the hard work we put into teaching is worth everything if at the end of the day the student can say ‘I am proud to be who I am.’”

Outside of school, Miss Sobota participates in community theater and performs in instrumental/vocal ensembles. People would be surprised that she has participated in Civil War reenacting for approximately 12 years.  Her goal for her first year at Blackhawk is “to help establish an Emotional Support program that helps identify and meet the needs of students needing those services to better their school careers.”

Brandon Tambellini is excited to be Blackhawk’s new high school band director. He is a graduate of Mt. Lebanon High School and Duquesne University where he earned his Music Education degree. Mr. Tambellini has worked with several local high school marching bands including Mt. Lebanon, Baldwin, Norwin, North Allegheny and Upper St. Clair. At Upper St. Clair, he served as Assistant Marching Band Director. Mr. Tambellini states that his favorite part of teaching music is “teaching students that they have the ability to make people feel something. The emotion could be happiness, sadness, anger and so on. I believe that I have the best job because I get to watch my students share their talents with a crowd and watch that crowd come alive with emotion. All I do is wave a stick in the air…it is the students that make it come alive.”

When Mr. Tambellini is not making music, he enjoys rock climbing, fishing, golf and snowboarding. People would be surprised to know that when he entered high school he wanted to quit band. His mother told him that he had to try it for one year. Then he was hooked. He states in his first year, “I want my students to love making music and through that love of music discover more than notes and rhythms on a page.”

Ally Uslenghi will be teaching first grade at Patterson this year. Her dream of becoming a teacher started right here in our district and she is proud to be back in Cougar Country. After graduating from Blackhawk, she furthered her education at IUP where she earned a degree in Early Childhood and Special Education. During her time at IUP she had multiple classroom experience including first grade, second grade and learning support. In addition, she participated in the Philadelphia Urban Seminar where she worked with inner-city students. Ally says, “I find the most joy in building student relationships. Once I learn who a student is as a person, I can better help them succeed.”

Outside of teaching, Miss Uslenghi enjoys going to the gym, going for walks outside, spending time with family and of course, reading a good book. People would be surprised to know that she has had three casts. She got the first one in kindergarten. It was purple and went up to her shoulder. During her first year of teaching, she hopes to “increase my students’ love of learning. I hope to make their first grade year one they will not forget.”

Chad Watkins will be teaching art in the high school. Chad is a graduate of Kiski Area High School and Edinboro University. At Edinboro, he earned a Bachelor’s degree in Animation, PreK-12 Art Education and a Master’s degree in Middle and Secondary Instruction. For the last 12 years, he has taught middle school art at Culpeper Middle School in Culpeper, Virginia. Mr. Watkins’s favorite part of teaching is “helping students figure out who they are and what path they are interested in pursuing.”

When Mr. Watkins isn’t creating art, he enjoys hiking, off-road racing and playing with his kids. People would be surprised to know that he used to ride and race amateur motor cross. In his first year at Blackhawk, he says, “I want to get to know the kids and find ways to work within the community to share the benefits of art.”