The Honor Roll of Service 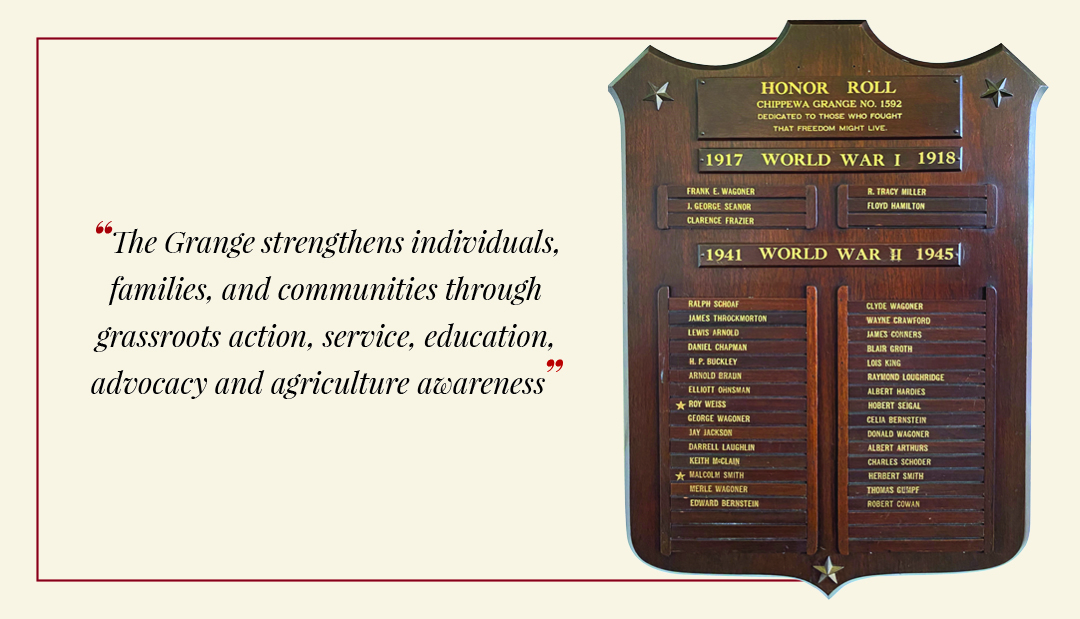 Nothing is more honorable than serving your country and community. Supporting and serving others because you believe in something greater than yourself often goes unnoticed and unappreciated. Most who serve for the greater good like it that way. They don’t do it for the notoriety, they do it because it’s economic and political well- being of their agrarian way of life. During this time, more than a third of all Americans were employed in agriculture. Less than seven months after receiving their Chippewa Grange No. 1592 Charter, World War I started, with America eventually joining the war effort in 1917. At that time, five local grange members served during the war, with all five returning to Chippewa safely. From 1945-1948, during World War II, there were 30 grange members who served our nation’s war efforts in various capacities. Unfortunately two of those 30 members gave the supreme sacrifice of service and did not return home safely. 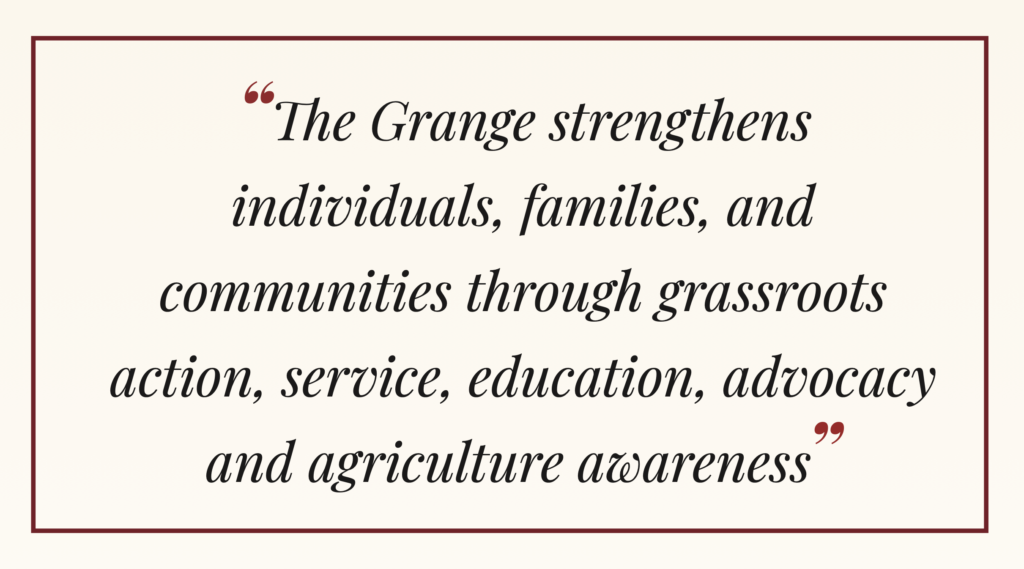 Several decades ago the names of these World War I and World War II grange members were engraved in a beautiful wooden plaque as a reminder of their service and dedication. That “Honor Roll” has been given to the McKinley School House for safe keeping and is proudly being displayed to honor their memories and to never forget the sacrifices they made to protect our freedoms and the grange mission.

“The Grange strengthens individuals, families, and communities through grassroots action, service, education, advocacy and agriculture awareness” the right thing to do for the right reasons. Which is why it often takes others who appreciate our history and way of life to recognize those who have served in the past.

Shortly after the turn of the twentieth century, on January 1, 1914, Chippewa Grange #1592 was officially issued its charter, with 31 founding members, for the purpose of promoting the they made to protect our freedoms and the grange mission.

While today only slightly more than two percent of the population is employed in farming as their labor of love, the impact of agriculture continues to be a prominent component to Pennsylvania’s economy, adding billions of dollars every year.

The National Grange revised their mission in 2019 but the core foundational component of “service” is still relevant today. “The Grange strengthens individuals, families, and communities through grassroots action, service, education, advocacy and agriculture awareness”.
We greatly appreciate and give thanks to those who serve our community through their volunteer, nonprofit, governmental service, and faith- based efforts. And we especially appreciate those Grange members who toiled to feed our families, and enhance the quality of life we enjoy in Chippewa.